In 2015 Giulietti Schouten Architects have completely redesigned a mid-century residence, built in 1957. in Portland, Oregon. Now this mid-century modern house built on a 1-acre lot in SW Portland has a stunning view towards the river and SE Portland. It had a guest house that needed a more functional floor plan. So, 2 bedrooms were added to an upper-level addition, and a guest house now includes 1 bedroom, 1 bath, and kitchenette and also an entertaining space. Adding a main level addition to the existing U-shaped plan left little options with the house’s location on a steep hillside. Second level addition turned out to be challenging from a designers point of view since the original home had low sleek roof lines with large, thin gables. In the end, designers retained the original look while forming a second-level addition into the existing volume. As Giulietty Schouten Architects say on their website: “In discovering a tapered upper level floor plan, we were able to diminish the scale of the addition while pulling the exterior wall inward, centering the city views. The result is a large, modern dormer, with a low sweeping roof that opens up to an amazing view of Portland.” 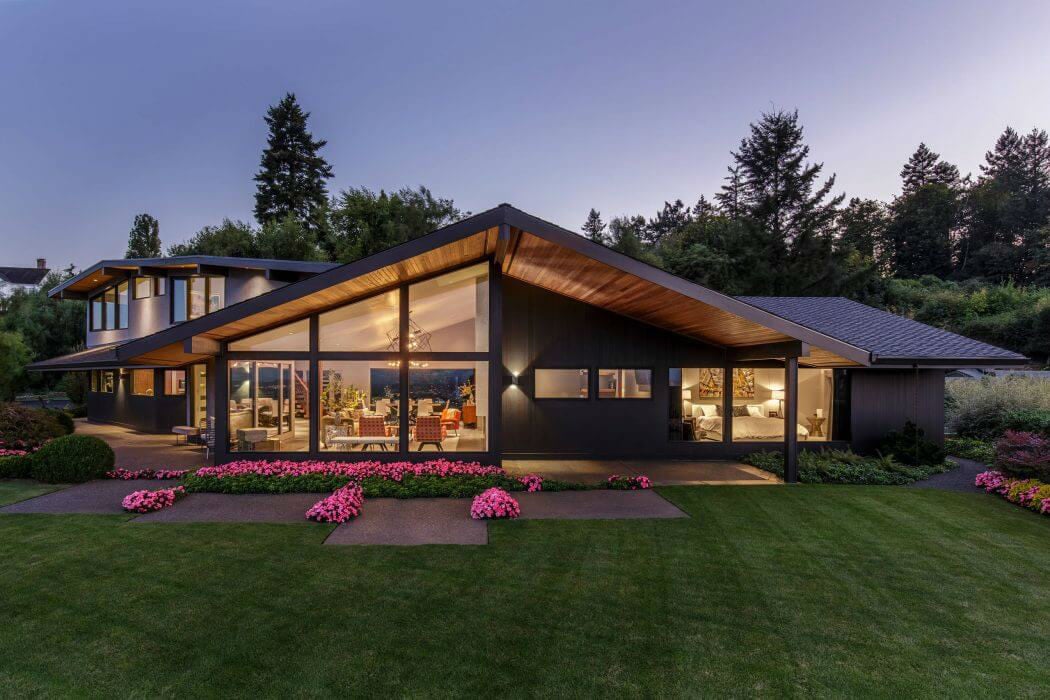 Heavenly garden on a steep hill