The most controversial subject in the design world, without a doubt, is plagiarism. Of course, when it comes to design or any other form of artistic expression, no student wants to have their creation copied by others. But first of all, what is plagiarism? 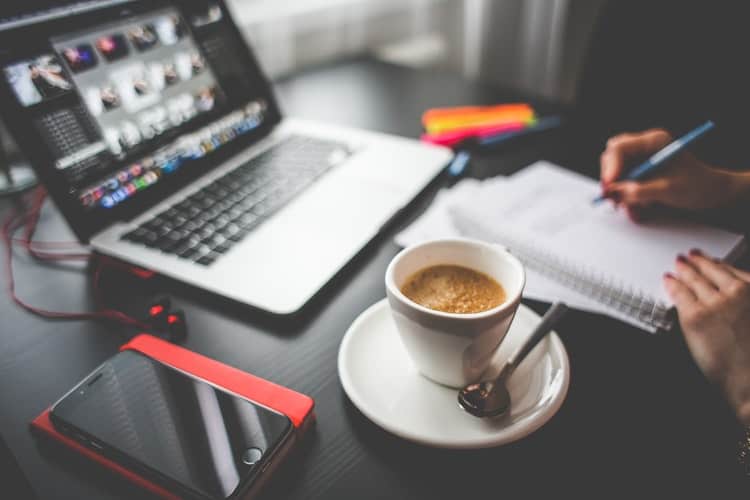 According to the dictionary, plagiarism consists of “copying other people’s works and presenting them as one’s own”. Thus, we can understand that plagiarism is a practice by which someone copies the work of others, without seeking permission, giving due credit and without paying the rights to the author.

Cases of these are common in the professional world and education system (in students’ essays and research paper writing, for example).

What is design plagiarism?

Design plagiarism is a type of plagiarism which involves the copying or close imitation of visual artworks without necessary recourse to crediting and seeking of permission.

In the world of graphic design, we have seen many times how certain posters, such as flyers or certain corporate identities, actually became increasingly direct copies of other ideas that we have seen before. The controversy of all types of plagiarism today becomes something of the public domain and can cross the borders of many countries. Thanks to social networks, it has become an issue of global debate. However, it doesn’t matter if this occurs in one place or another, in the end, it ends up being part of the internet.

Graphic design plagiarism is the result of a lack of creativity

We have seen many examples of cases, and although in reality, it seems that there are works that can be called the result of inspiration, that is, based on using an existing idea to create something new and unique. The truth, however, is that others are grossly copied and that shows that the creative designer stopped being a designer and stopped being creative.

What is the difference between inspiration and plagiarism?

The main discussion about plagiarism is related to the influence of inspiration on the graphic designer’s work. We tend to create a sense of ownership of the idea, even if it was inspired by someone else’s work. So, many professionals are inspired by ideas from others, which does not necessarily mean that there was plagiarism. To better understand, let’s go back to the dictionary definition. In it, inspiration is synonymous with “guide”, “suggestion,” and “influence”.

The phrase that says “nothing is original, everything is a remix” is like another taboo among most artists. After all, it’s hard to admit that you get your inspiration from somewhere – but the truth is that it’s okay to get inspired by someone.

The inspiration from design is concrete proof of admiration for the work of the other. So the problem is not having something or someone for inspiration but to take possession of the idea of someone else. However, there’s always a stark difference between a product of inspiration and that of imitation.

Is plagiarism a crime?

Unsurprisingly, this is a bad thing in any art or content marketing strategy. In addition to being a bad practice, which can undermine customer confidence, it can even damage the content producer’s career. Plagiarism is listed as a form of copyright infringement in the penal codes of many countries of the world.

Original authors can indeed sue for it. Plagiarism crimes are less serious crimes, however. They are classified as misdemeanors and are punishable through the payment of fines or a one-year jail term, depending on the country and city.  So no one should think there are no legal consequences to plagiarism. However, it’s important to note that inspiration is neither a crime nor ethically wrong. How to check for plagiarism

Thanks to the advent of the internet and plagiarism checkers, it’s now relatively easy to detect plagiarism in students’ academic works. What’s more interesting is that these can be done in just a few seconds, at a very low cost or even for free. To check this in essays, it’s as easy as visiting https://phdessay.com/check-for-plagiarism/. There are several other options on the internet, but the provided link offers a free plagiarism check.

However, it may be a little bit hard to detect if a design was copied from the internet. However, detecting plagiarism in graphic design works can be as easy as ABC.

Consequences of plagiarism for students

Students may not get the same punishment for plagiarism as those in the professional world. But it may come with consequences that can be far worse. These include:

How to not plagiarize

Deciding on not committing visual plagiarism is the simplest. The only way is not just to plagiarize and knowing the difference between getting inspired by an idea or work of art and blatant copying.

However, in general, these are what constitutes plagiarism in academia. To avoid this, it’s enough to avoid any of the following actions.

How to avoid plagiarism in design

Plagiarism in design is as recurrent as in other areas such as music, academia, and technology, to confine ourselves to just a few. In the case of design, a common type of plagiarism is logos.

To assert that there was plagiarism in a logo, for example, it is not enough that the shape of the symbol is the same. Other issues to consider include:

One way to prevent this is from the designer – whenever developing a logo, brand identity, etc. – broadly research the language of the segment. Similarities are common due to color psychology and the purpose of branding, but this care minimizes the risks of plagiarism.

It is also important that the design does not feel coerced by drawing inspiration from work. This is a normal attitude and does not mean a lack of professionalism or creativity, on the contrary: it indicates the professional’s commitment to seek relevance to the segment in which his client operates.

You can consider checking out some situations in which there was an interpretation of plagiarism by one of the brands, either due to public opinion or even with legal implications.

When we look at some examples of suspected plagiarism, we can see that, in addition to their similarity in form, images accused of such usually have more elements that refer to the original logo.

In addition to shape, colors and/or graphics are retained, with only editing details that distinguish one image from another. This clearly shows that there was no design process behind the logos accused of plagiarism.

In some cases, the copies are quite faithful to the original works. In other examples, although there are more differences, the color arrangement and graphic option are also similar to the original logo. But the similarity between two or more logos is not always indicative of plagiarism.