Boy, where to start? The reason why Justine Haupt developed this Rotary Cellphone aka anti-smartphone might surprise you. Haupt, who is a developer of astronomy instrumentation at Brookhaven National Laboratory, spoke about her new usable phone. “This is a statement against a world of touchscreens, hyperconnectivity, and complacency with big brother watchdogs. In a finicky, annoying, touchscreen world of hyperconnected people using phones they have no control over or understanding of, I wanted something that would be entirely mine, personal, and absolutely tactile, while also giving me an excuse for not texting.” For the last 3 years Haupt has been developing this device striping all non-phone functions of modern smartphones, to create a much faster device for making calls, that actually fits in a pocket. The Portable Wireless Electronic Digital Rotary Telephone can view missed calls on a small display and can be taken apart if it needs fixing. “I’ve been getting so many requests from people wanting to buy the rotary cellphone that I’ve decided to make it available in kit form. Builders will still need to find the right rotary dial and order a handful of other bits, but the “hard part” (the mainboard and the 3D printed casing with threaded inserts and buttons) is available for sale from my new robotics company here: skysedge.us“.
More info: Justine-Haupt. Created by the developer of astronomy instrumentation – Justine Haupt The display that shows missed calls 3G Rotary Cell Phone Partial Kit – “I’ve been getting so many requests from people wanting to buy the rotary cellphone that I’ve decided to make it available in kit form.” 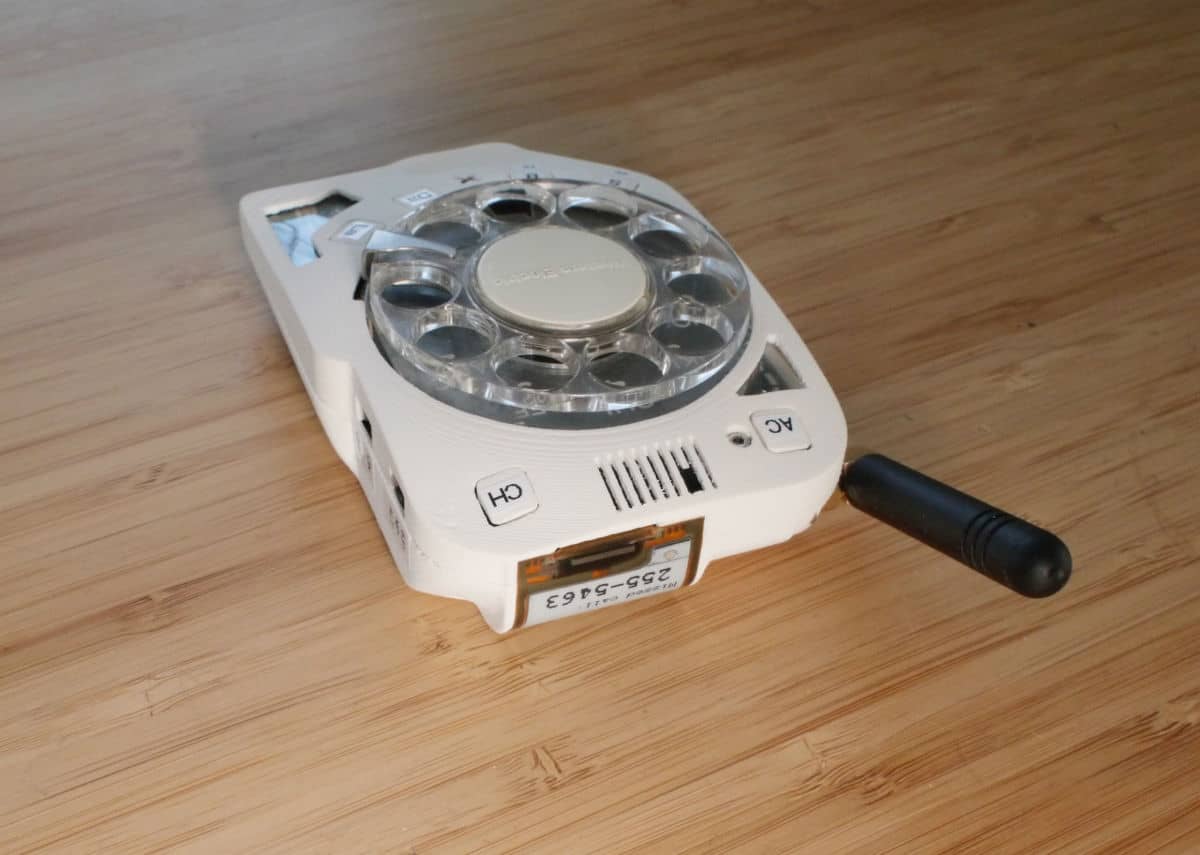 “It’s to show that it’s possible to have a perfectly usable phone that goes as far from having a touchscreen as I can imagine, and which in some ways may actually be more functional.” “The people I call most often are stored. If I want to call my husband, I can do so by pressing a single dedicated physical key which is dedicated to him. No menus.” “When I want to change something about the phone’s behavior, I just do it.”