Pooh, the Bulgarian stray cat is believed to be a survivor of a car struck or maybe even a train. Left for dead with severe soft tissue damage and open and infected wounds he was found by a local woman who’s been occasionally feeding Pooh. She rushed him to the Central Vet Clinic of Sofia, the capital of Bulgaria where surgeon Vladislav Zlatinov, yet another hero of this story, have examined poor Pooh and made a history happen. Vladislav had only two choices and he knew dreadful risks of amputating the back legs high up on the limbs that would be probably followed by euthanasia. So he decided to actually go out on a limb and do something that has been done only once by Irish neuro-orthopaedic surgeon Noel Fitzpatrick in 2009. He performed several surgeries to save Pooh’s upper parts of hind legs and organized to get custom-made prosthetics, which he later drilled into Pooh’s ankle bones, permanently attaching them to Pooh’s legs. Since the last April, the brave kitty cat has been adapting to his new ‘bionic’ legs and feels pretty comfortable walking and running on flat surfaces. He’s been taking cared by a local rescue group Let’s Adopt Bulgaria and soon he’ll be looking for his new home. If you are interested in adopting Pooh, please contact the rescue group. “I had the vague idea that this is done, but it sounded impossible for our practice” “But I wanted to try,” said the hero surgeon Vladislav Zlatinov 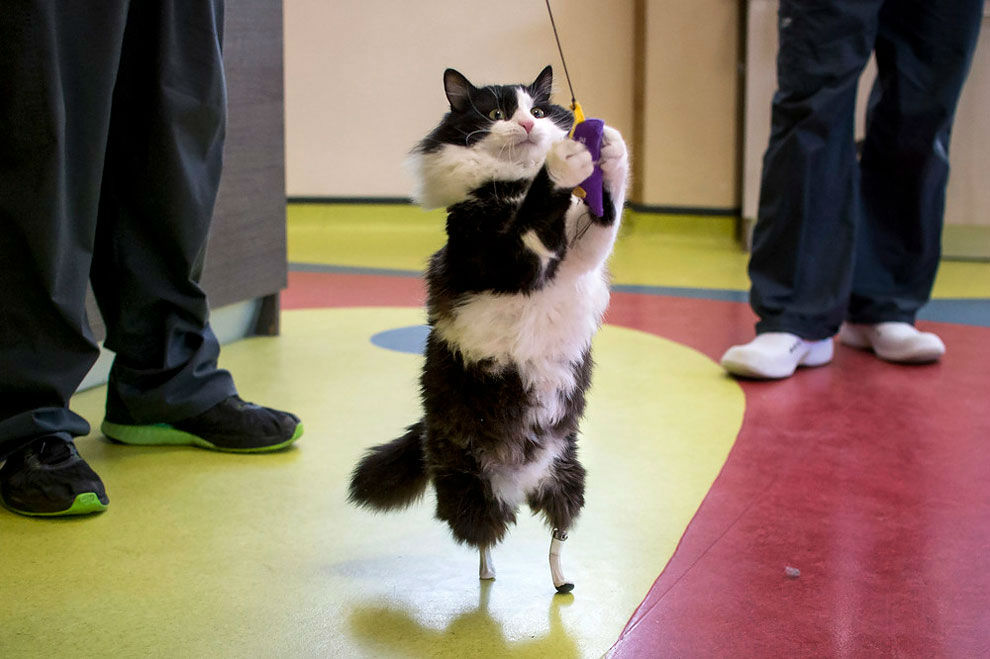 “We’re very proud. It was quite a success. It gives hope to other patients.” 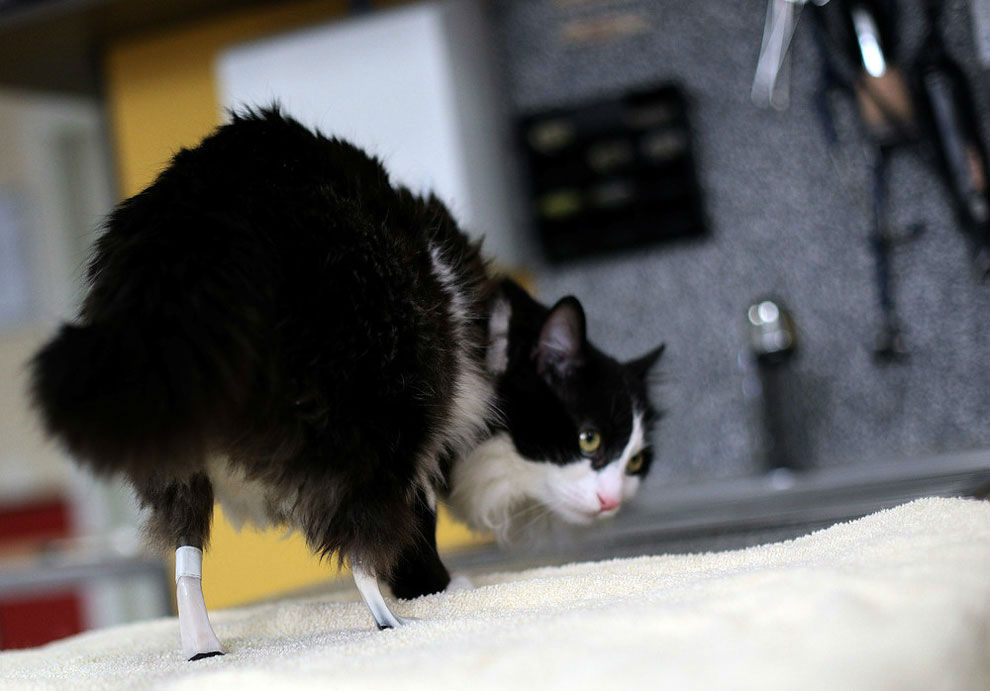 Currently at a rescue shelter and soon ready for an adoption. Pooh the amputee cat injured in a traffic accident