Fabio Viale is a tattoo artist and marble sculptor from Turin, Italy. He’s one of a kind artist who had found a way to merge the two art forms into one. Viale sculpts classical statues like the ones we’re used to seeing from ancient Greece and Rome and gives them as he likes to say a double identity. “Changing an ancient statue’s life builds a temporal bridge towards universal beauty.“ What is even more impressive is the similarity with real tattooing techniques which Viale uses on marble. “I have used several techniques in collaboration with well-known restorers and chemical centers, but the process I use is simply based on the penetration of the pigment into the first millimeter of the surface,” the artist explained in an interview for Bored Panda.

No this is not a fake photo, no photoshop, no nothing. True skill and artistic innovation. “The process I use is simply based on the penetration of the pigment into the first millimeter of the surface.” “Like all art, creativity is a mystery. I start from an image that I try to make clear in my mind.” “Then I try to understand all the problems, times, costs, etc. Then I drive 300 kilometers to choose the marble.” 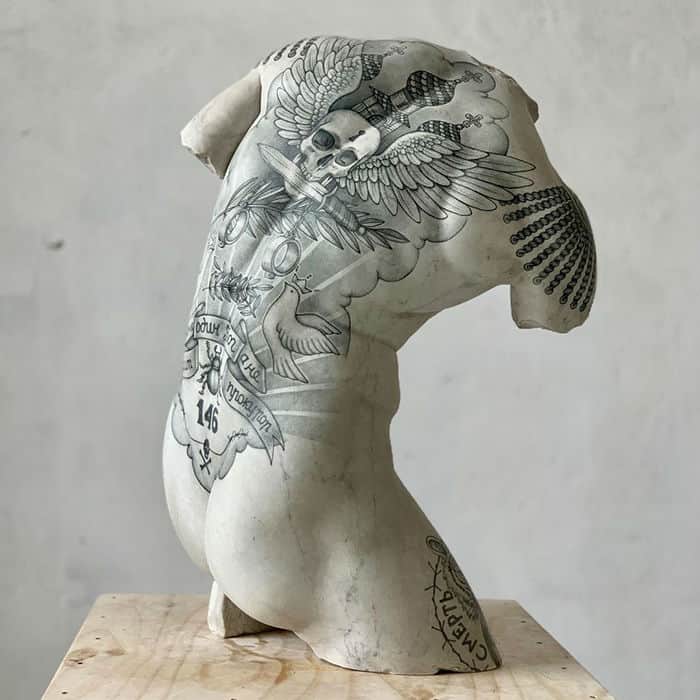