When he was 24, genius designer Peter Langer left his home in Hanover, Germany to attend school in Paris at the world renowned Ecole de la Chambre Syndicale with the ambition to become a great couturier. After having completed his education, he worked and learned from the masters at the famous design houses of Christian Dior, Emanuel Ungaro, Guy LaRoche and Christian Lacroix. In 1991, Peter Langner opened his own atelier in Rome. Afterwards, he opened a showroom in Milan and moved his headquarters and atelier to Milan as well. Excellence, imagination, and refinement are the right words to define his brand. His team and the process of his work is explained as follows; “Peter Langner has assembled an amazing staff of artisans who have the rare capability to turn into reality Peter’s designs using their master skills. Every dress designed, sewn and beaded in the workroom in Milan uses the most exceptional fabrics from Italy and France as well as the finest crystals. Each cutter, seamstress and embroider are asked daily to stretch their skills to push forward into a new dimension. The team daily attempts new forms of fabric manipulation or even creating their own sequins; a continuous search for something new, to go beyond the conventional. In doing so, Peter Langner’s artisans never relinquish the goal of perfection or abandon their commitment to the highest quality.” Wanna see Langner’s exceptionally stunning bridal dresses? Just scroll down. 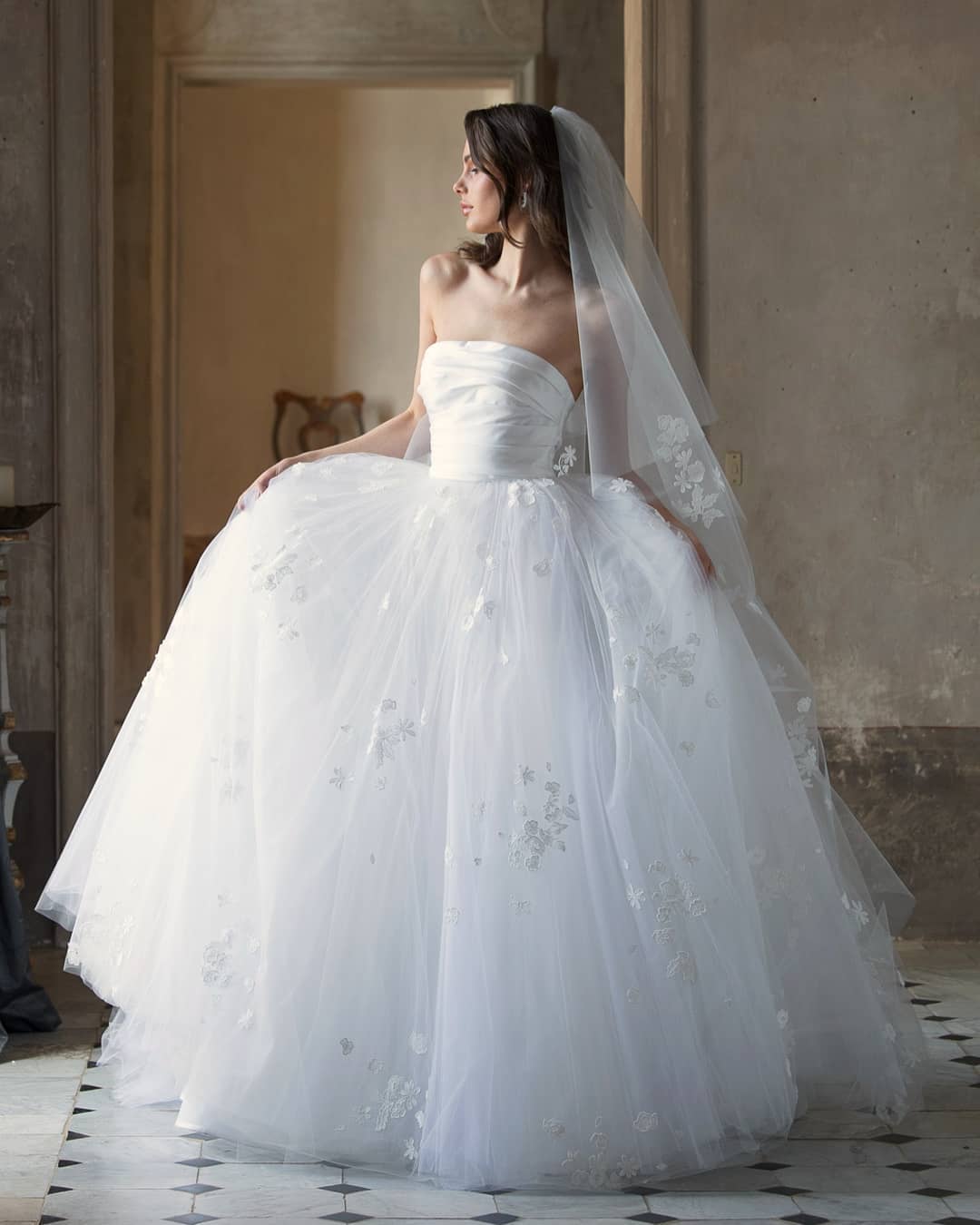